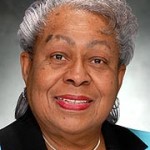 SB 209, sponsored by Senator Kelley, proposes to impose liability on a seller of alcohol when an intoxicated person causes damages.

This bill would add Subtitle 19 to Article 3 of the Maryland code.  Proposed additions to the code:

A PERSON MAY BRING AN ACTION UNDER THIS SUBTITLE AGAINST A LICENSEE OR A  LICENSEE’S EMPLOYEE WHO SOLD OR FURNISHED ALCOHOLIC BEVERAGES TO AN INDIVIDUAL IF:

This bill includes the language, “should have known.”  By that standard, it is reasonable to assume that anyone served alcohol could potentially drive - they’re all over 21 and most adults drive.  This puts the onus, on the owner/staff of the establishment, to confirm every customer’s driving status.

These laws have problems:  not all drunk people appear drunk; not all accidents involving those drinking alcohol are due to the alcohol; not all persons with alcohol in their systems are drunk.  Individuals are responsible for their actions and if one chooses to drink, operate a motor vehicle, and get into an accident, the individuals causing damage are liable for their own actions and choices.